Hunting animals at the Louvre

It's been a while since I posted about anything remotely French and if you come here for the French life, I apologize. 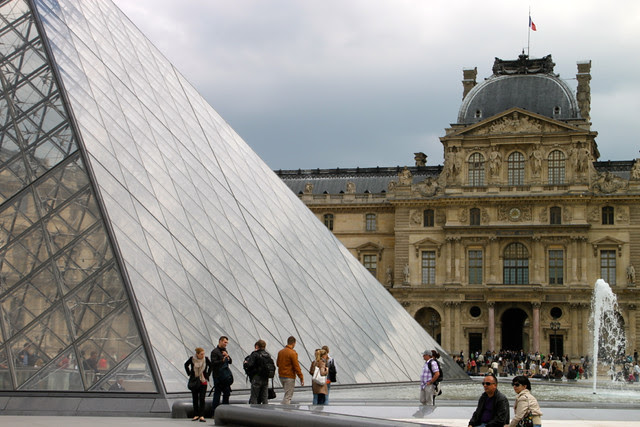 To make up for it today I bring you the big one. 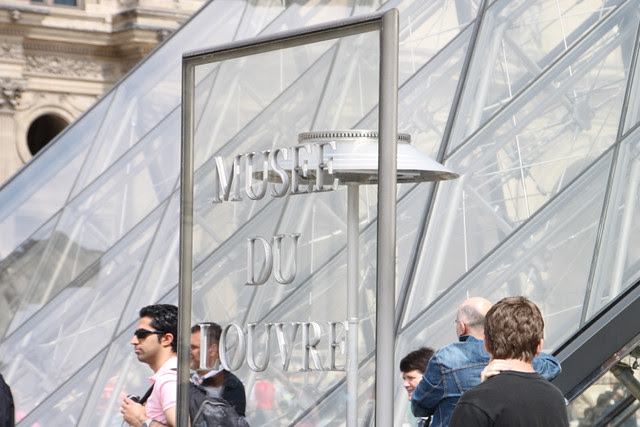 We were there on Saturday with 10 other families from the girls' school for THATLou a Treasure Hunt At The Louvre. Quite possibly the most fun you can have at the Louvre with kids, THATLou treasure hunts have you chasing all over the museum looking for art and artefacts from the vast collection with only a photograph, a brief description and the official Louvre map as your guide. Discovered for us by my friend Laura, the treasure hunts are a relatively new Paris activity run by THATLou founder Daisy de Plume. She and Laura worked together to customize the experience for our vast collection of kids and I believe with 40 participants, this may have been the biggest hunt Daisy has ever planned! 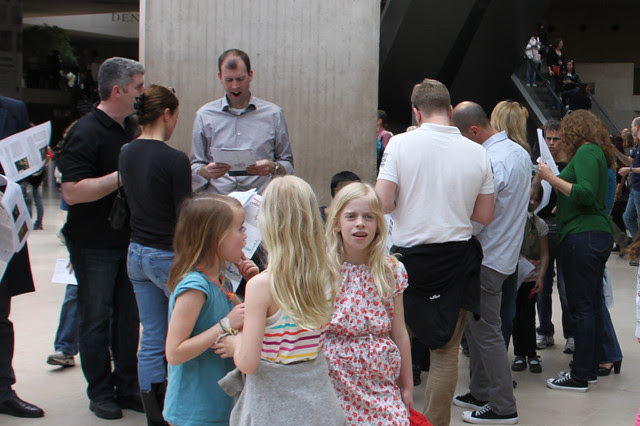 On arrival the parents were assigned teams of kids and handed out the game manual. The rules are simple, find as many items on the list in the manual in two hours, photograph your team in front of each one you find and never get more than three metres away from your team mates. The harder the items are to find, the more points you get. Easy! 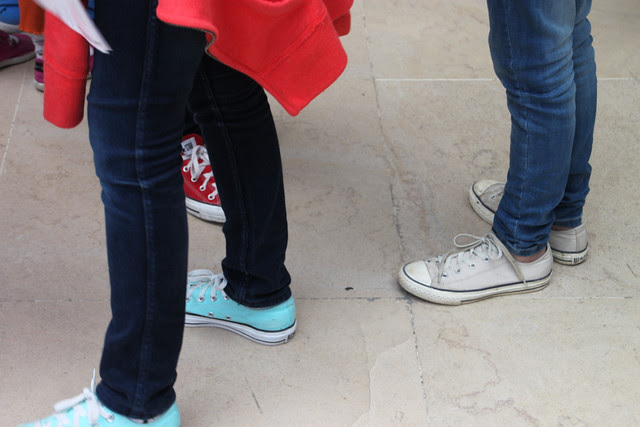 Get your Converse on because you will be covering all those miles of corridors at a furious pace. 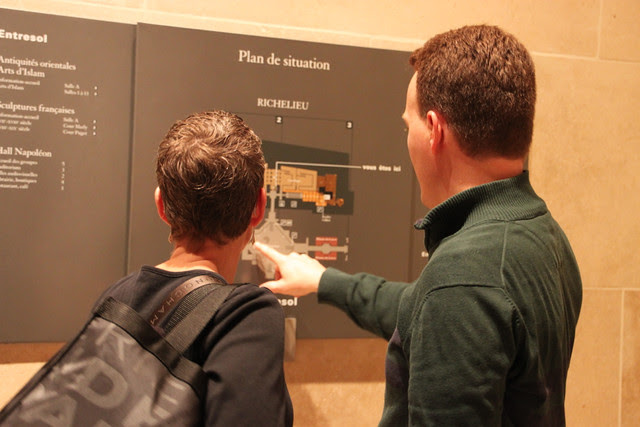 I had Georgia & Savannah, three of their friends and two other parents in my team. A quick look at the map and we were off, searching for art containing animals which was the theme for the day. 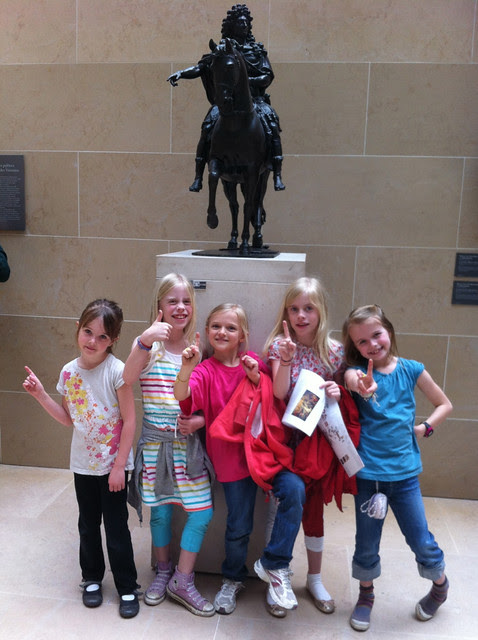 We had our first success within minutes Louis XIV on his horse by Francois Girardon. The girls were thrilled and rushed off enthusiastically to find another treasure. 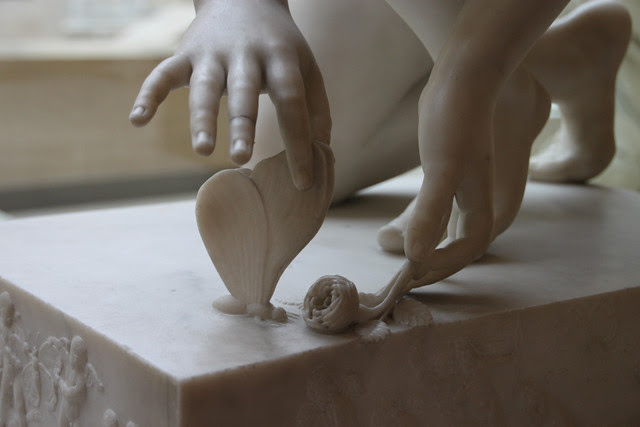 The European sculpture galleries proved to be a good hunting ground for us and we quickly added more finds to our list. This was my favourite, Cupid playing with a Butterfly by Antoine-Denis Chaudet. Love those cherubic hands although the fingernails could do with a good scrub! 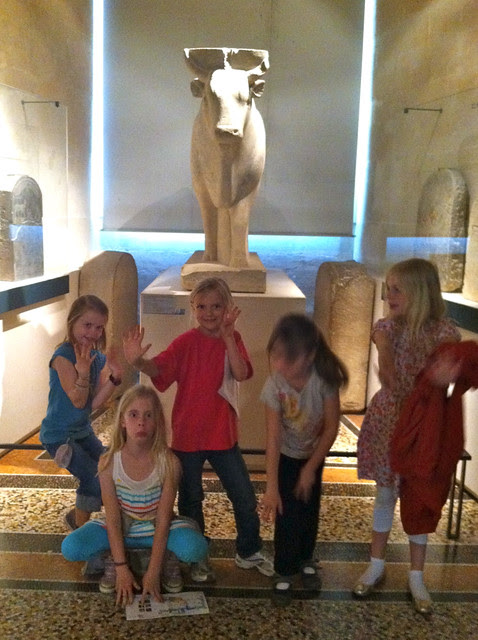 I believe we covered every inch of the never ending Egyptian galleries to find the Apis Bull hiding at the end of a corridor. 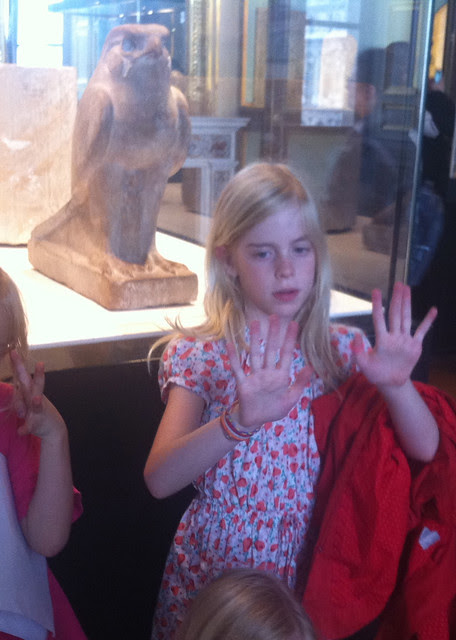 And then we ran round them one more time to find King Nectanebo II's falcon. Our eighth and final find, he was worth 40 points so we really wanted him, but as you can see exhaustion had set in by this point! One final nerve wracking sprint ensured we were the first team back to the meeting point with just one minute to spare.

And if that has you feeling exhausted, spare a thought for Keith who did the whole thing carrying Florence in the baby carrier. Despite that handicap, his team still beat us, but this really was one of those times when taking part was just as much fun as winning. Either that or all of our feet ached too much for us to care!

In two hours we saw more than we could have ever hoped to have persuaded the girls to see without the incentive of the treasure hunt and while of course, they didn't spend long looking at anything, they had their eyes peeled the whole time for their treasures and noticed plenty of other things to interest them along the way. Enough that they have asked to go back. 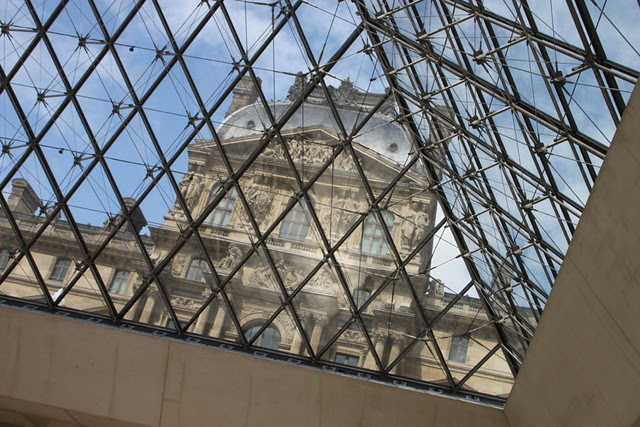 Although Keith took the girls to the Louvre at Christmas, this was my first visit since moving to Paris. I've put it off partly because there is so much to see it's difficult to know where to start. THATLou was a great way to get familiar with the museum. I left feeling like I knew it but with plenty to go back and explore.
Posted by Nicola at 9:44 PM