Well we now have a two year old in the house. Not too terrible so far! 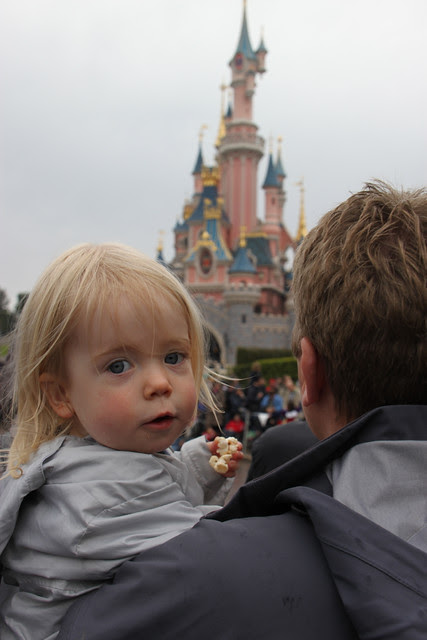 For someone who wouldn't have noticed what day it was, Florence had quite the birthday extravaganza. We spent her big day at Disneyland. Not my first choice of birthday venue for a two year old, but we were there for another friend's birthday party and Florence loved it. She is now a big fan of the It's a Small World ride, popcorn and coke. Sigh!

On Sunday we had a family tea party for the birthday girl. 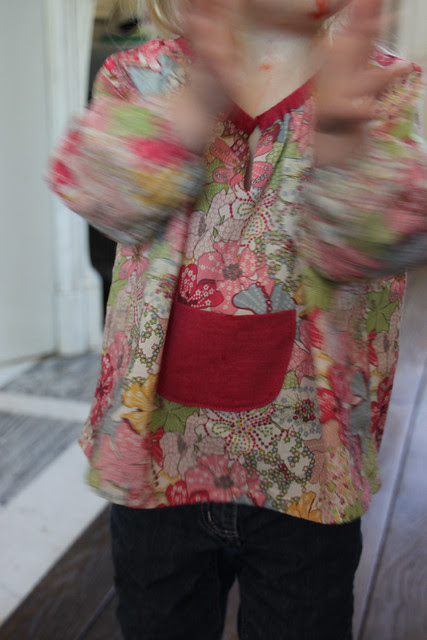 Exactly one week after I was in New York buying fabric for her birthday outfit she was wearing it. Yeah! 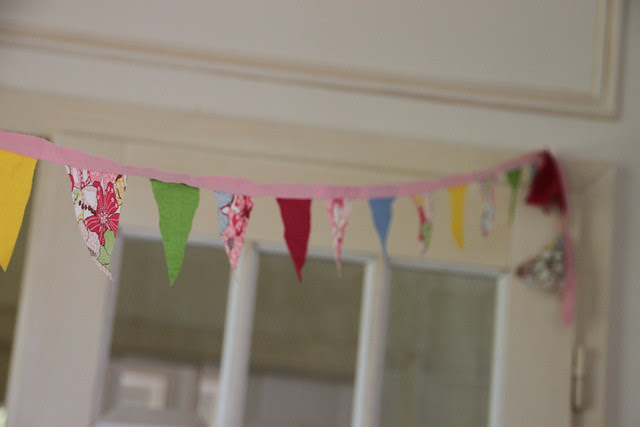 Jet lag got the better of me before I could attempt the matching trousers but I did have time to whip up some 'Bonjour' bunting from the scraps. Inspired by Kirsty's tutorial I cut a bunch of four inch equilateral triangles from the Liberty fabric and shot cottons that I bought at Purl Soho and then stitched them to five yards of colourful twill tape which was another Purl purchase. Easy! 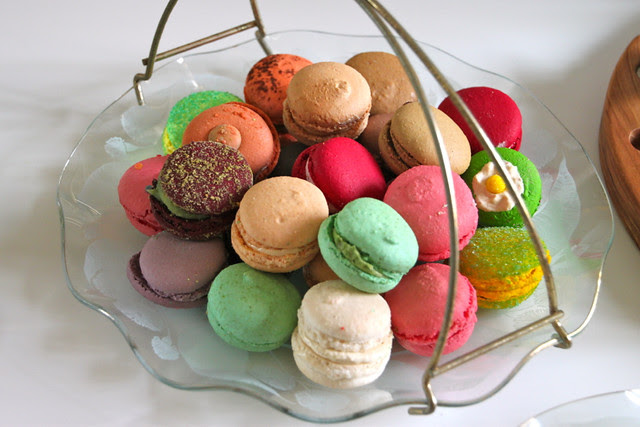 Knowing we'd be out until late the night before the party, I let the local boulangerie take most of the baking strain. These macarons were delicious and matched the colour scheme perfectly! 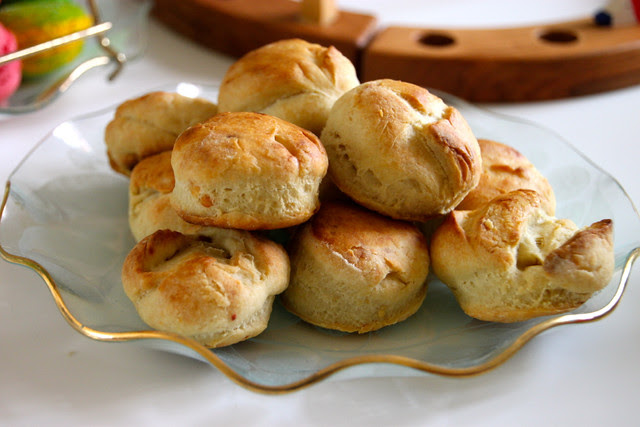 My Mum also made her cheese scones which were a huge hit. So much so that our guests asked her to write down the recipe. I'm so glad because now I have it and she says I can share it with you:

Pre-heat oven to 220ºC (425ºF).
Rub the sifted flour and butter together until the mixture resembles bread crumbs.
Add other dry ingredients.
Combine mustard and milk then add to the dry ingredients to make a dough mix.
Roll out the dough to about one and a half inches thick and cut into rounds.
Place on non-stick baking tray and leave in a warm place to rise for 20 minutes.
Brush tops with milk and place in the oven for 10-15 minutes until golden brown. 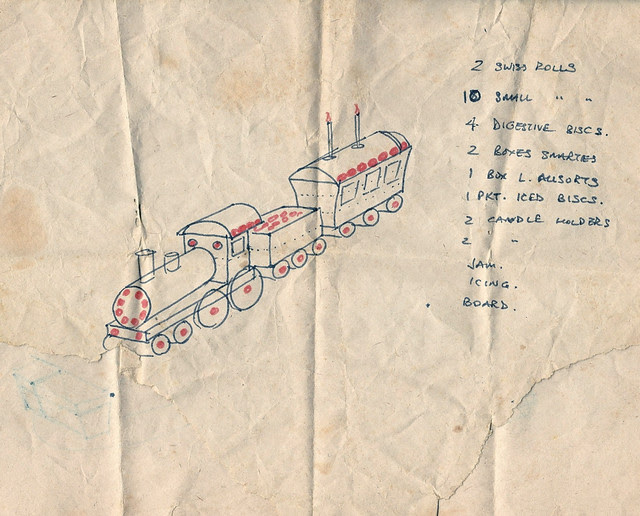 When I was growing up, my birthday cakes were the talk of the town. It was usually my Dad who designed and decorated them. He even made drawings! This is the design for the cake for my second birthday. I found it recently tucked in the back of my baby book. 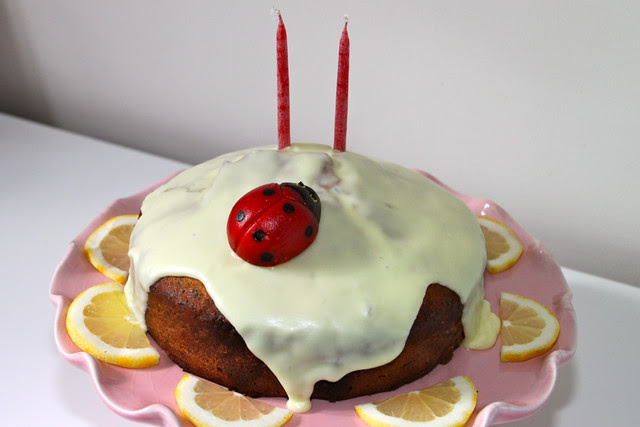 I've made my share of elaborate birthday cakes over the past eleven years, but this being the 21st (!) birthday party I have organized for one of my children, I chose to keep it simple with our favourite lemon poppy seed cake and a marzipan ladybird from the boulangerie. 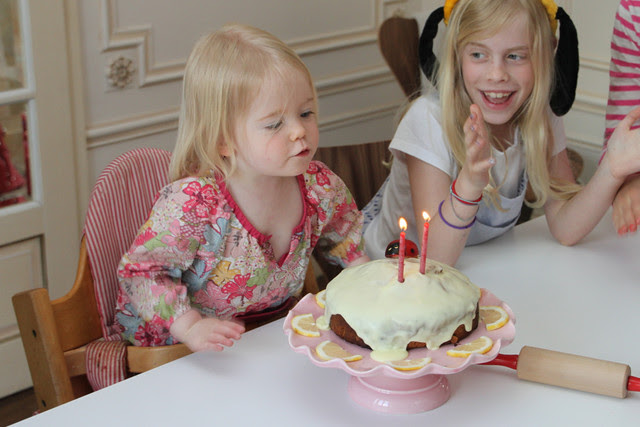 Florence was much more interested in blowing out the candles than eating it anyway. And singing Happy Birthday ten times accompanied by Georgia who figured out all by herself how to play it on the piano. 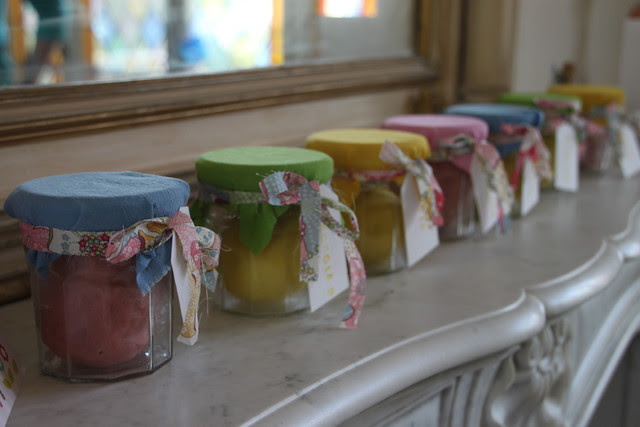 I made play dough as party favours, packaged in my vast collection of empty Bonne Maman jars and tied up with more Liberty scraps. 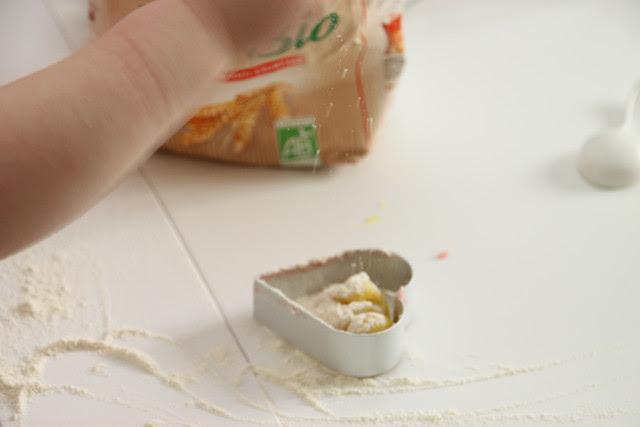 I've been wanting to make my own play dough for Florence ever since seeing this post at Sew Liberated, but I've been put off by my inability to find cream of tartar in France. In the end I made it without and it was ridiculously easy although a bit sticky the next day. The need to add extra flour made it all the more fun though! 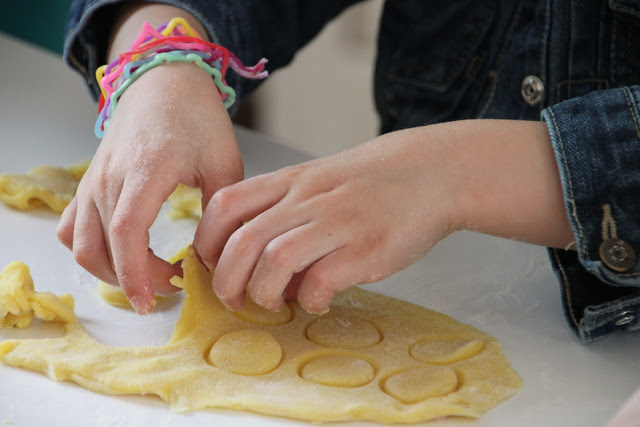 Just as much of a hit with the big kids as the two year old.

So there you have it. Florence turns two in style. Rather a long post but being a fourth child she doesn't have a baby book for me to tuck memories into so this is the virtual version.
Posted by Nicola at 12:05 AM