A walk in the park 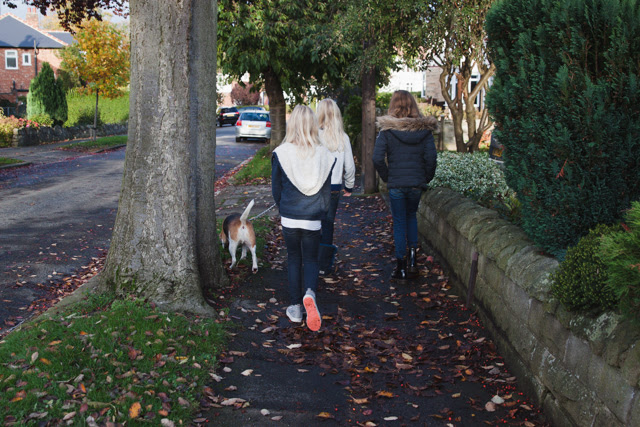 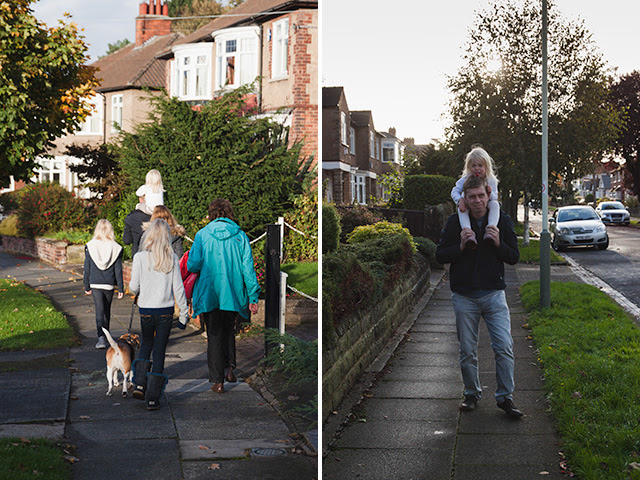 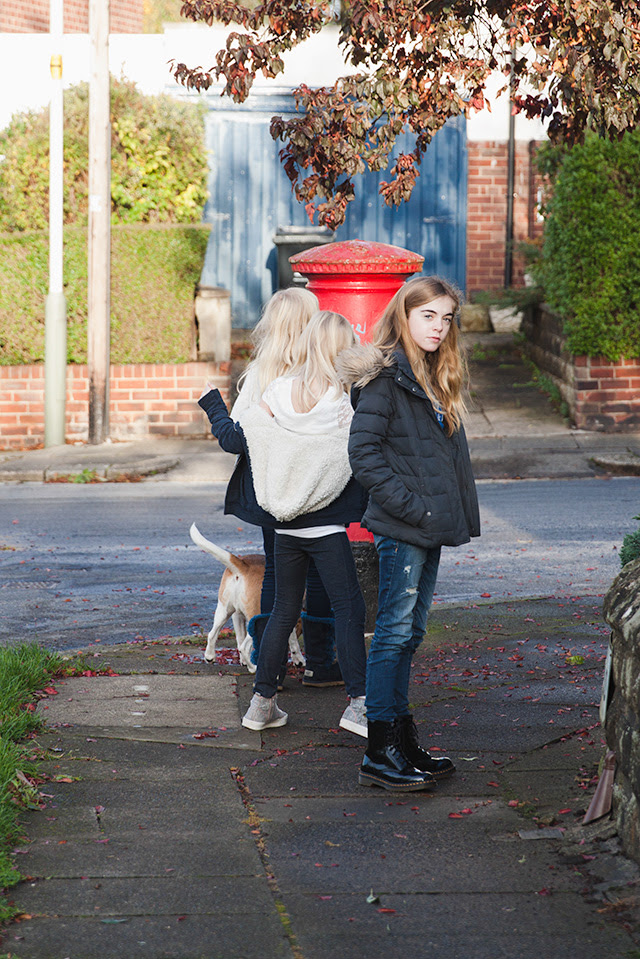 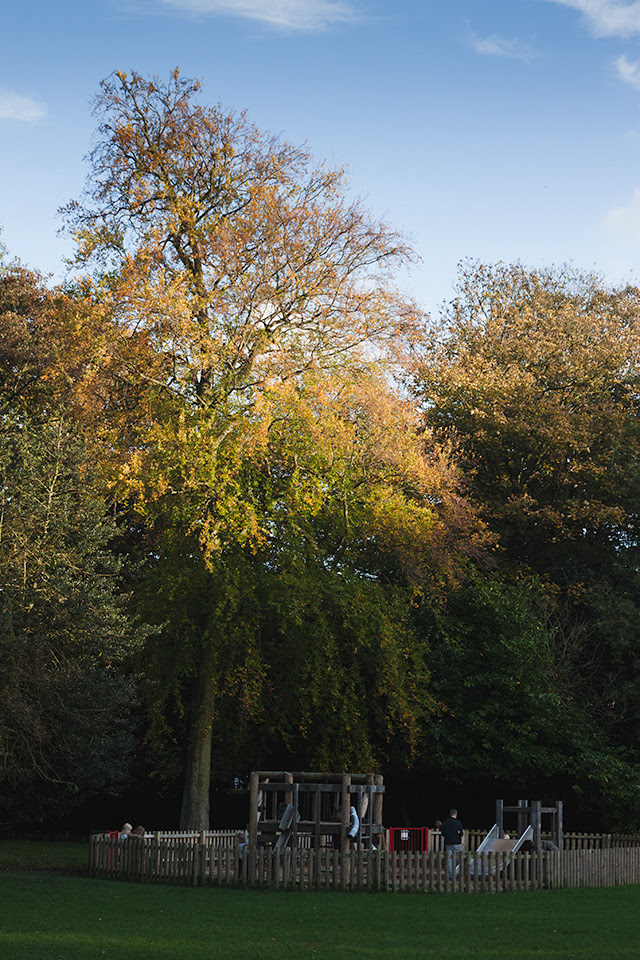 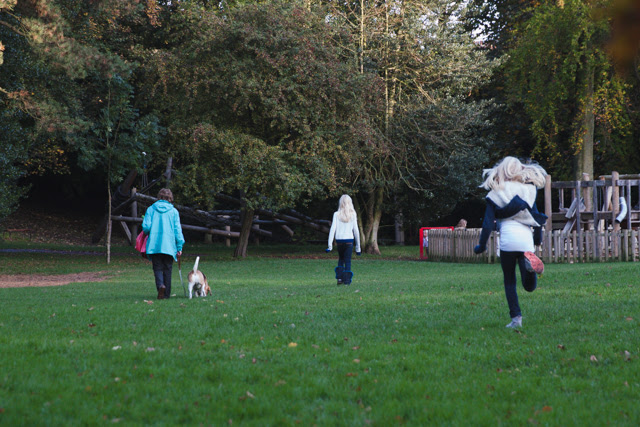 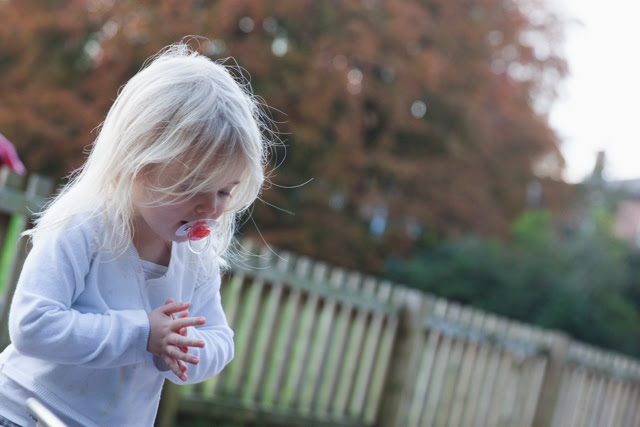 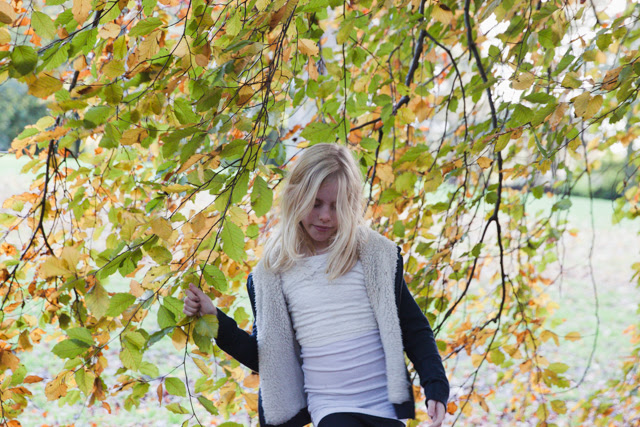 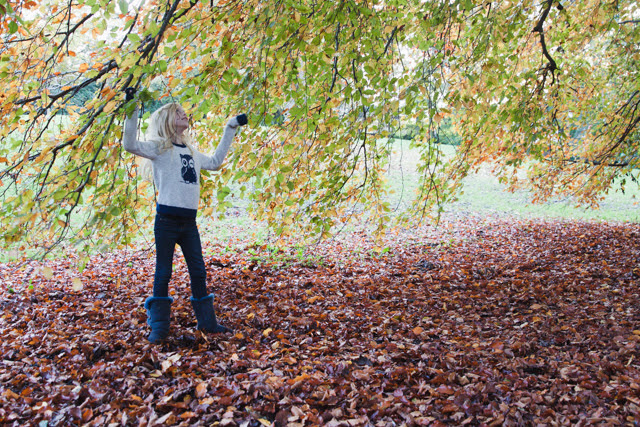 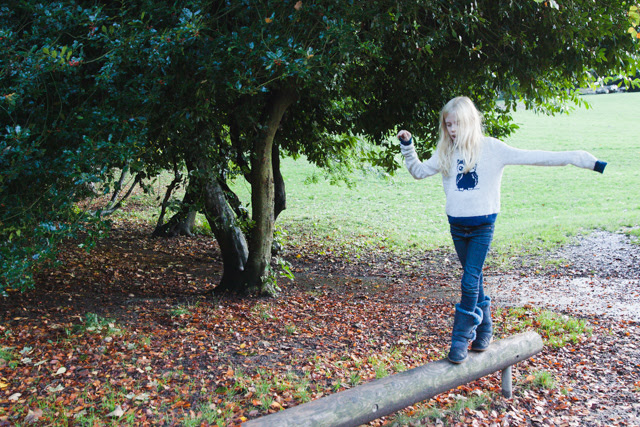 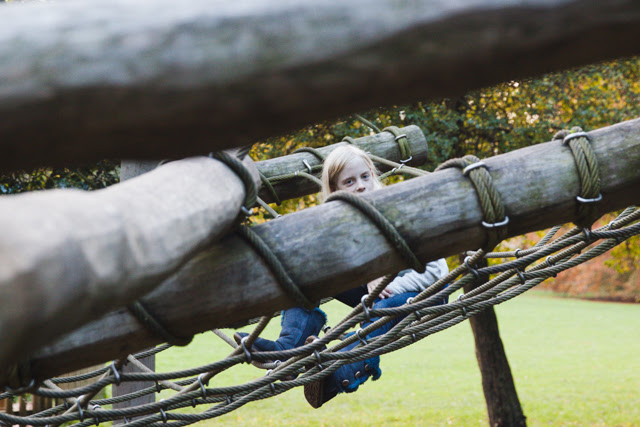 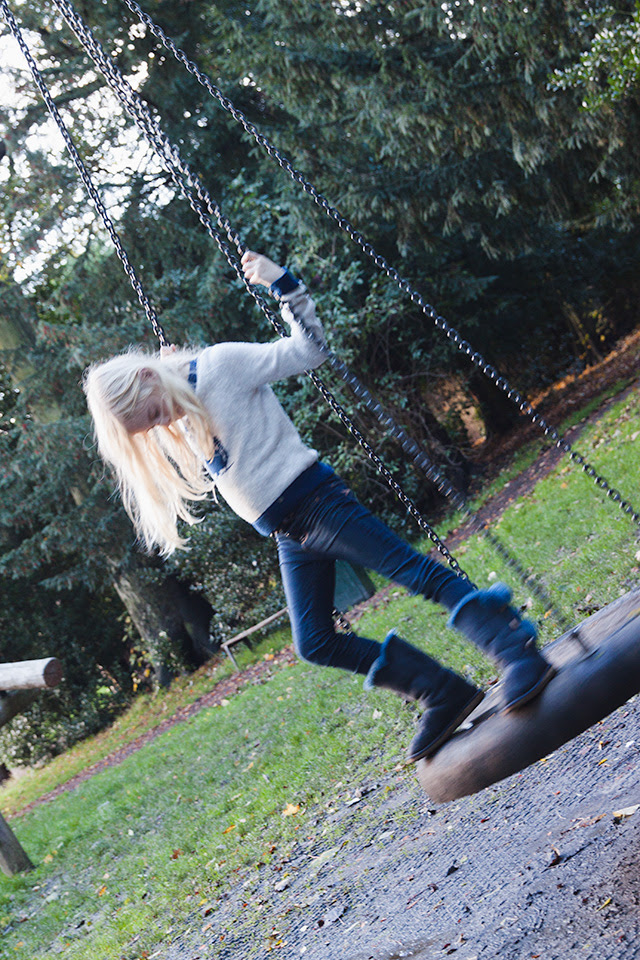 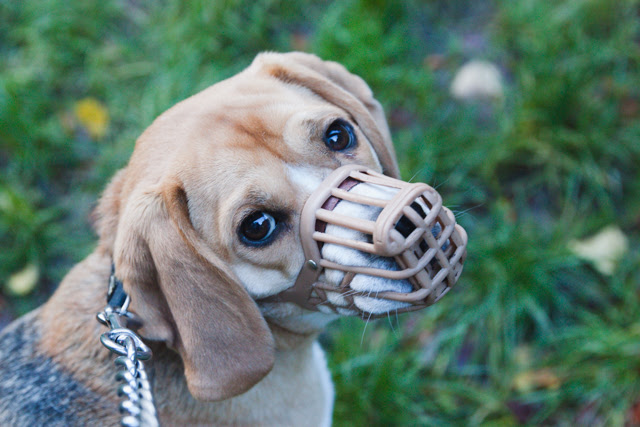 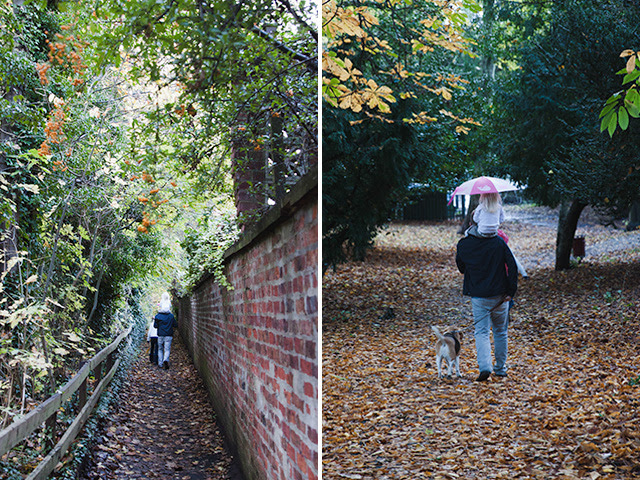 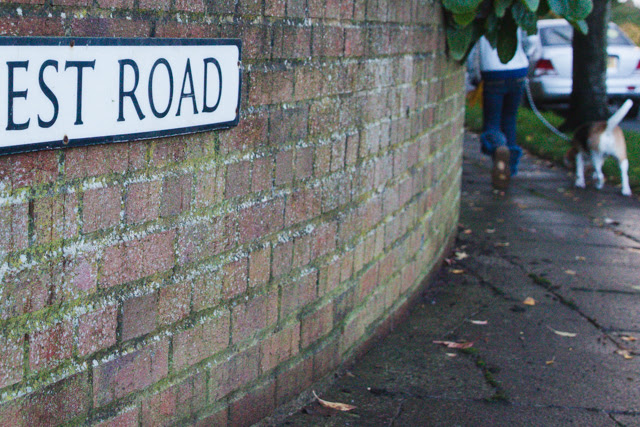 We spent this Autumn's half term on a much overdue trip to England. We started off in London to celebrate fortieths with our college friends and to take the girls to museums and a show. We made it to the Science Museum and Madame Tussauds but despite promising ourselves that we would make our first ever visit to the Tower of London, we never did get there! Although Keith spent five years in London working in an office right next door to that most famous of London landmarks none of us have ever visited. When you live in a city you mostly don't see it with tourist's eyes and even though it's over a decade since we lived in London, we feel like locals as soon as we return. This also explains why I hardly picked up my camera while we were there. That and the incessant rain!

After a fun few days in London we headed up to the North East to visit Keith's family and celebrate a special birthday for his Mum. The girls were thrilled to spend time at Grandma's and meet her new dog Jake for the first time. After a wet time in London we were pleasantly surprised with some beautiful fall days and made the most of the chance to get outside and enjoy them. These photographs are from a walk from Grandma's house to the park where Daddy used to play. The play structure has been upgraded but the sledging hill is just the same, although at this time of year it was covered with leaves not snow!

Happy memories from our visit to one of the many places we call home!

A flashback post for you today - the story of what we did on this day last year whilst we were on holiday in Provence. It has been sitting in my drafts folder ever since and as it was one of our favourite French experiences it doesn't deserve to stay forgotten. 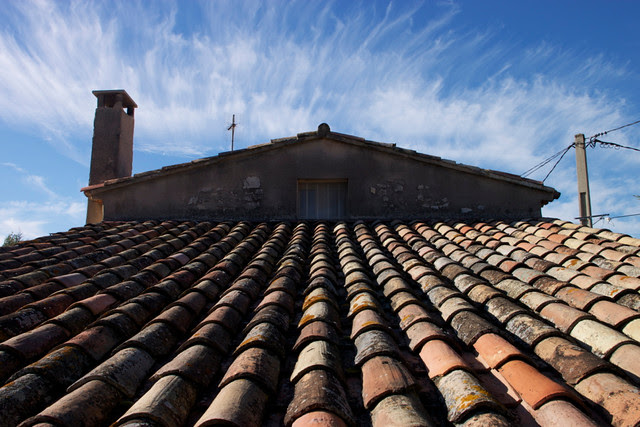 We spent the 2012 Toussaint school holidays staying in an absolutely charming converted farmhouse just outside Apt which is right in the heart of the Luberon Valley and an easy drive from all the hill top towns that the area is so well known for. While we were there we visited Gordes, Lourmarin, Rousillon and the ultimate hill top town Les Baux de Provence (not actually in the Luberon but close enough).

I think it's safe to say that the enthusiasm for visiting all these hill top towns was mostly mine, the girls tolerated them, but Savannah, in particular, kept asking when we were going to do something fun for kids! Once she found a brochure for Colorado Aventures she was determined that we should go. 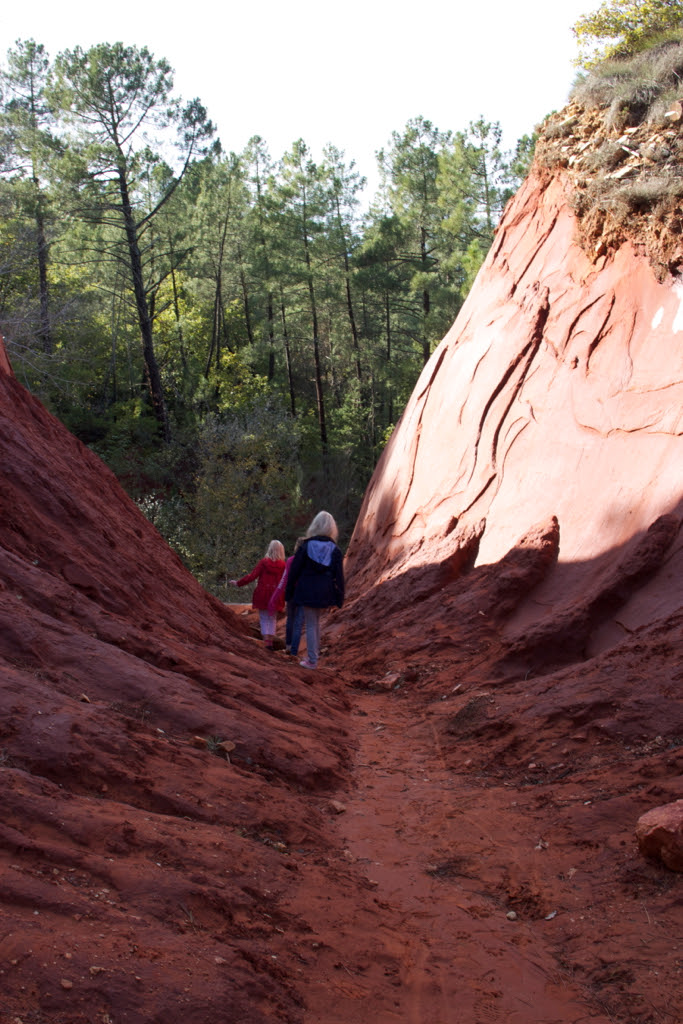 Keith had some work to do that day so he stayed in the house with Florence and I went on my own with the girls. The location wasn't that far from where we were staying but it took some finding. Even after we finally found the car park there was a long trek up through the ochre hills with limited signage to indicate that there would indeed be a fun activity at the end of the hike. Hikes through beautiful national parks, not necessarily being considered fun in themselves by certain members of the family! 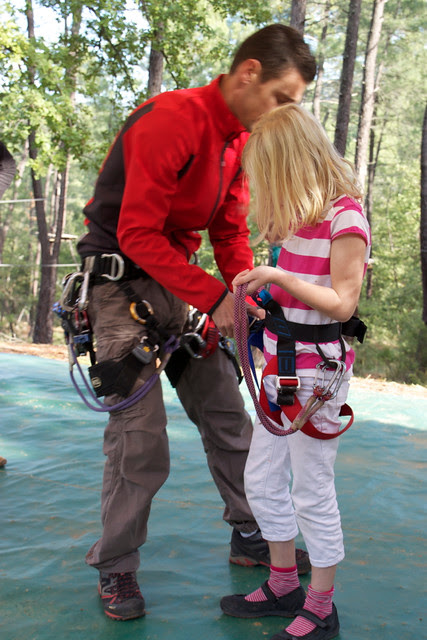 Eventually we turned one more corner and found ourselves in the middle of the activity centre and the girls were kitted out in their gear ready to go tree climbing. 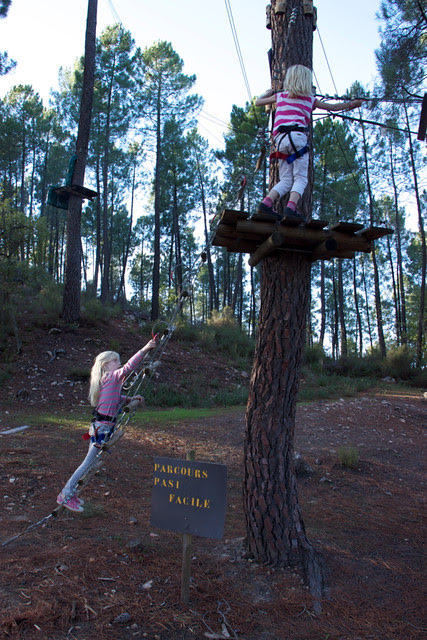 Although these parcours - forrest obstacle courses - are everywhere in France this was the first time the girls had ever tried it so they took the easy route... 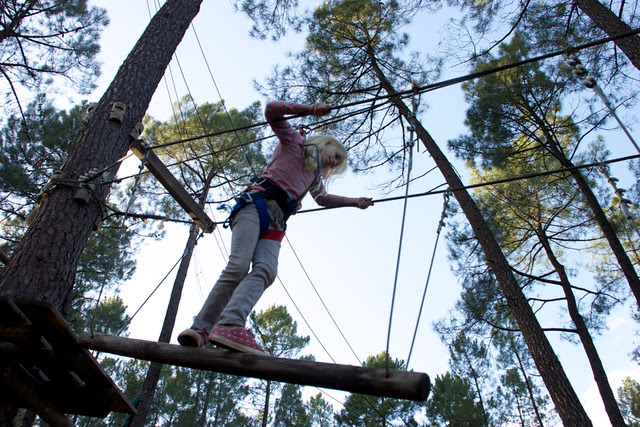 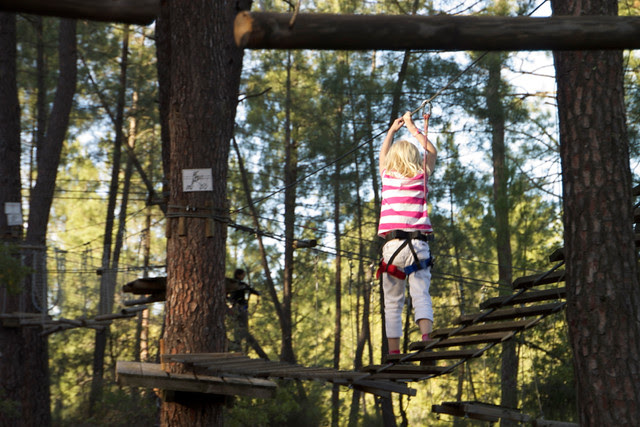 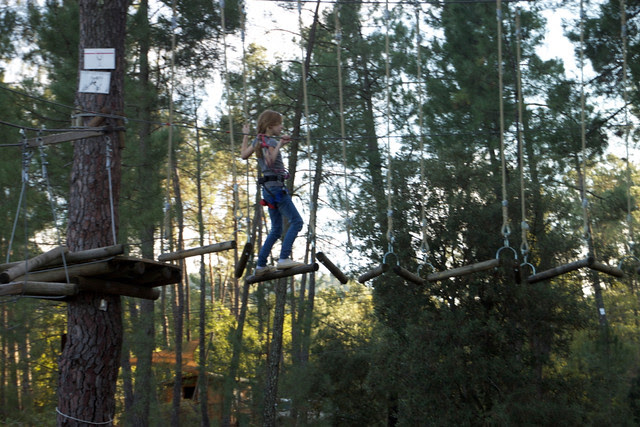 ...and quickly got the hang of it! 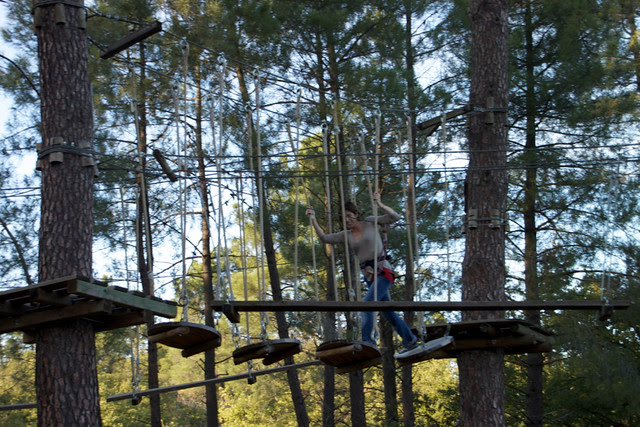 What I hadn't expected when we set out was that I would have to climb the trees too seeing as I was the only responsible adult with them! After a nervous start I actually really loved it and the views were well worth the potential humiliation in front of my children. 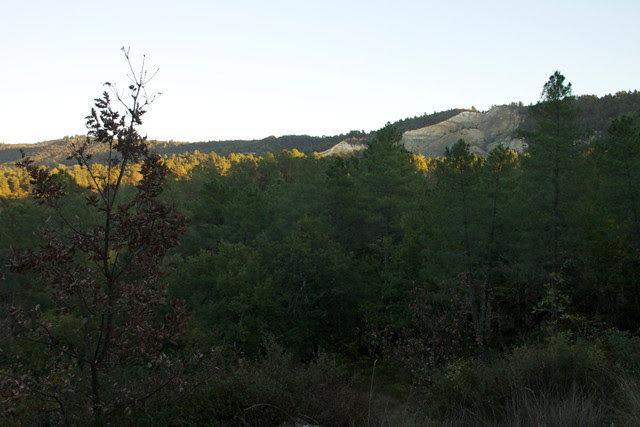 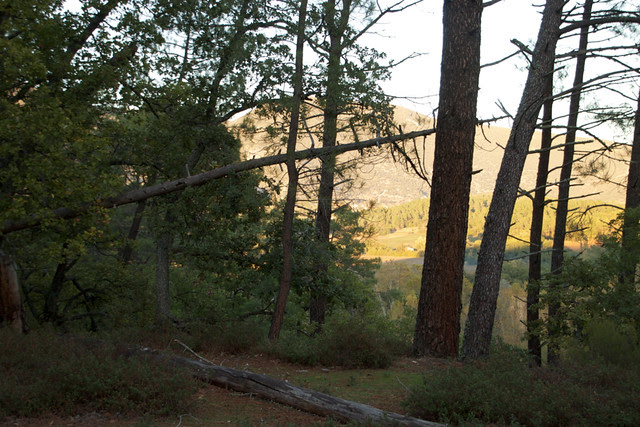 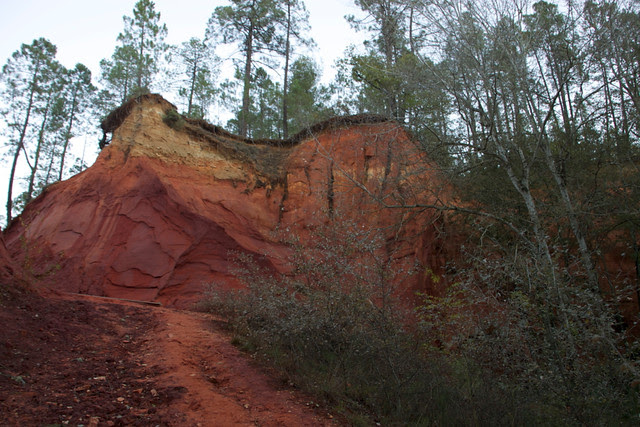 This place is a hidden gem and if you are lucky enough to be visiting the area, I would highly recommend a break from climbing hill towns to go climb these trees!